Blog - Latest News
You are here: Home / News / Should I have my pet neutered?

There are three questions;

Should we get our cats and dogs neutered?

What are the advantages and disadvantages?

How old should they be when they have the surgery?

There are lots of opinions on the above topics, but what are the facts? 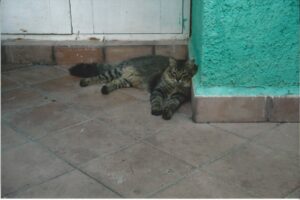 For cats that roam free the main reason for neutering is population control. There is already a large stray and feral cat population and one un-neutered queen can be responsible for over a hundred kittens in just one year! This large cat population often suffers with poor nutrition and care as well as harbouring diseases such as feline leukaemia. There are other benefits of neutering including less urine territory marking for the boys and cessation of repetitive seasons for the girls as well as decreased cancer risk. 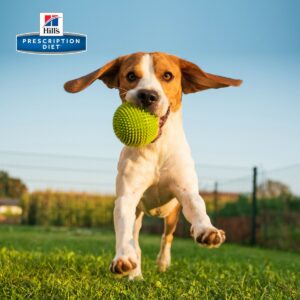 There are lots of factors we need to consider;

Between 30% and 60% of un spayed bitches will get a womb infection, (pyometra), as they get older. This is a life threatening condition and on its own is a enormous benefit of spaying.

We do know that castrating male dogs decreases their enthusiasm to roam and exhibit aggressive, dominance behaviour but these are multifactorial behaviours and it is wrong to castrate dogs for purely behavioural reasons. If your dog has no behavioural issues then neutering is fine, early socialisation (we run puppy parties) and good training obviously produce better adjusted dogs.

The most important factor affecting a dog’s behaviour (male and female) regarding neutering is their experience at the vets when the operation is taking place. Most young dogs come from homes where they are loved and comfortable in familiar surroundings. Being left in a kennel, the strange noises and people, the different handling and the discomfort and experience of coming around from anaesthesia are all critical experiences. Vets must make this day as stress free as possible; warm clean kennels, plenty of lovely staff attention, effective pain control and getting the pet home as soon as possible are all vital. (At Withy Grove we strive to achieve all these things). Keyhole surgery spays have a lot less pain associated with them than conventional surgery.

Castration dramatically reduces the risk of prostatic hypertrophy (increase in size) in older dogs. It does, however, increase the risk of more serious prostatic disease such as cancer but this is a very rare cancer.

Many of these, such as hypothyroidism in dogs, are associated with too early neutering, particularly an American problem. In America it has been considered ‘bad practice’ not to neuter your dog and this alongside very early pre puberty neutering has led to a lot of the reported problems. Neither of these issues are in the UK. Remember a proportion of non neutered dogs and particularly older dogs, will develop these problems anyway.

Some cancers are totally removed by neutering such as testicular, ovarian and some venereal tumours. Mammary (breast) cancer rates are also dramatically reduced, in queens malignant mammary cancers are reduced by 91%! In dogs the risk is also very much reduced but the neutering has to be carried out before any tumours develop. In German Shepherds, Dobermans and Yorkies (all high risk breeds), spaying before the second season dramatically reduces occurrence of mammary tumors (of which 50% are malignant). There was one study done in Rottweilers that showed if they were neutered before 12 months old there was an increased risk of bone cancers but this is not a scientifically proven study. We do know some cancers are increased in neutered dogs but most of this data is from America where their breeds are a different genetic strain and shape (e.g. an American Golden Retriever looks different to a UK one) and there has long been a tradition of neutering animals at very young ages which we do not do in this country. There was one study that showed that neutering increased the risk of haemangiosarcoma (a blood cancer) in Vizlas but that this did not affect the average lifespan of these dogs!

It is a fact that in both sexes neutered dogs live longer, usually by 2-3 years and in animals whose lifespan is 10-15 years this is a significant extra time to have your pet. It is true these animals are more likely to develop cancer but it is unclear whether this increase in cancer is due to neutering or just to the fact that they are getting older. They have lived up to 30% longer – we know the older you get the higher your risk of cancer. Strangely this increased cancer risk doesn’t seem to include Labradors!

There is some evidence that German Shepherd dogs neutered before 6 months of age are more prone to joint diseases but, again this is American data and I like to think we never neuter these dogs at such a young age in this country Again this trend doesn’t seem to occur in Labradors!

The bitch’s breed, weight, water intake and urinary infections are important risk factors in whether this condition may occur. There is an increased risk after spaying but it is non-life threatening (unlike pyometra) and treatable condition. Between 4% and 5% of spayed bitches will develop incontinence and it is commoner in larger breeds, un-spayed bitches can also develop this condition. The risk is lower in larger breed dogs if they are spayed at an older age.

It is true that after neutering some breeds will grow a ‘fluffier’ coat. If you are concerned about this you should discuss it with your vet.

This is a massive problem, particularly in older animals. Being overweight shortens a pet’s lifespan and puts pressure on joints, heart and body organs. Neutering does make it easier for the body to lay down fat but it is totally diet and exercise dependent and can be corrected.

So what should we do? 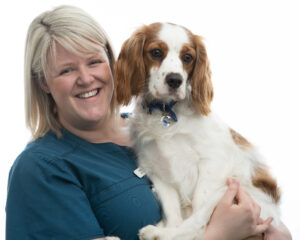 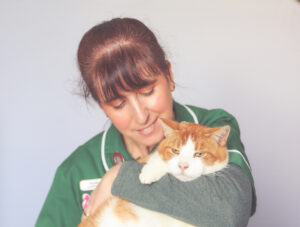 On balance neutering has more benefits than not, but we need to do it in a sensible and scientific way, so my recommendations would be;

Only neuter dogs after they have reached skeletal maturity.

Cats should be neutered before they reach puberty.

Make the experience at the vets as smooth, stress and pain free as possible.

Discuss the benefits and risks with your vet in an open way beforehand.

In males there is the option of vasectomy, this will produce population control but not have any of the other benefits of neutering and dogs will still roam more looking for bitches in heat. Owners who can keep their male dogs totally under control may find this a better option but we must not restrict a dogs quality of life, they love to run free!

Why does my cat scratch the furniture? It’s Winter, Do I Still Need To Treat For Fleas?
This website uses cookies to improve your experience, you can choose to accept or reject this.Accept Read More
Privacy & Cookies Policy
Necessary Always Enabled
Scroll to top