Blog - Latest News
You are here: Home / News / Pyometra, what’s all the pus about? 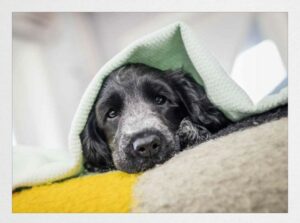 Pyometra means ‘pus in the uterus’. Infection gets in (usually when the bitch has a season) then festers away for some weeks until a large abscess is formed in the uterus. There are two types of pyometra, a ‘closed’ one means the pus stays in the uterus, this is dangerous because as the volume of pus increases and the walls of the uterus become devitalised by the infection, the uterus can rupture creating a life threatening peritonitis. The other form is an ‘open’ pyometra. In this form the cervix at the entrance to the uterus opens up so pus drips out of the dog’s vulva. All very unpleasant. This form can also be fatal if left untreated as the infection gradually creates a septicaemia. 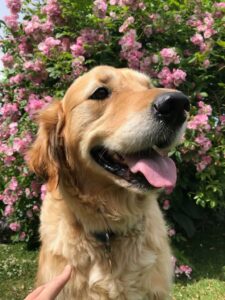 Which dogs are more prone?

Older bitches are usually more likely to get this condition, as are bitches that have never had a litter, but it can occur in any bitch. We usually see signs a few weeks after the bitch was in season. Pyometra also occurs in cats but is rare as most cats are spayed when young.

An open pyometra is usually obvious from the discharge. In the closed ones (and the early open ones) the bitch will be quieter, usually drinking more as toxins from the infection damage the kidneys (this damage is usually reversible if the condition is treated). Vomiting, diarrhoea and a high temperature are all possible too. Without treatment both forms of pyometra are usually fatal.

The signs give us a good idea, a blood test will usually show kidney damage as above and an increased white cell count as the body’s reaction to the infection. A blood test is also important to identify if there are any other problems in the bitch which may affect the treatment we choose. An ultrasound scan usually confirms the diagnosis.

The best treatment is to spay the bitch, thus removing all the infection. This is obviously a more risky operation than in a young fit animal; the cases are usually older, usually ill, usually have kidney damage (see above) and may have other age related conditions. Also, we are removing an infected abscess from the bitch. However, the surgery is successful in the majority of cases. There is a hormone injection that helps the uterus to improve and this, in combination with antibiotics will help, and in some cases, cure the condition.

Obviously, having the bitch spayed at a young age totally prevents pyometra from occurring. 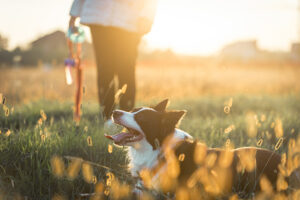