Most of us will have heard of lung worm in dogs (there is also one in cats although it doesn’t cause as serious a disease). 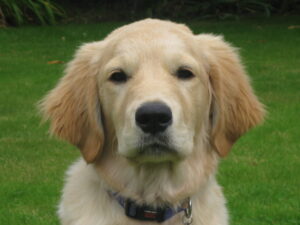 Dogs catch lung worm from snails and slugs, they can pick these up just from general rummaging around in the garden, but also they can swallow them from drinking dirty water, eating grass or because the snail or slug is on one of their toys. We think of slugs being those big horrible slimey things we see after rain but many are very tiny so we don’t notice them, but they are just as infectious to our dogs and much easier to be swallowed by mistake. It has also been shown that the lung worm larvae can be in the slime trails left by snails and slugs making this another potential route for infection.

A cough or some breathing diffculties are the most common signs but there can be no signs at all or in the worst cases the parasite can cause a bleeding disorder which can be fatal. The worst symptoms are usually in young dogs, partly because their lifestyle makes them more likely to pick up slugs and snails and partly because as dogs get older they develop an immunity to infection. 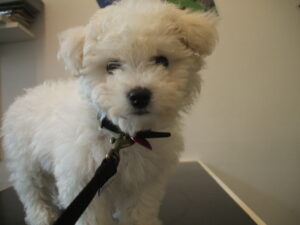 There are currently very few effective treatments available. Most routine wormers DO NOT cover against lung worm. There is a pill and a ‘spot on’ that do both work, they are both used monthly. We would treat most coughing dogs with one of these products routinely just in case the cause is lung worm. Obviously your dog’s lifestyle will make it more or less at risk from this nasty parasite so we always tailor our anti parasite treatments to the individual pet. There is a map of where lung worm has been positively identified available here. You will note that  there aren’t any immediate positives in Preston, but remember, the problem is nationwide and this map is only of laboratory tested positives. Many coughing dogs will be given treatments and get better without ever being tested!  The big worry for us is the small number of dogs that can die from this condition.